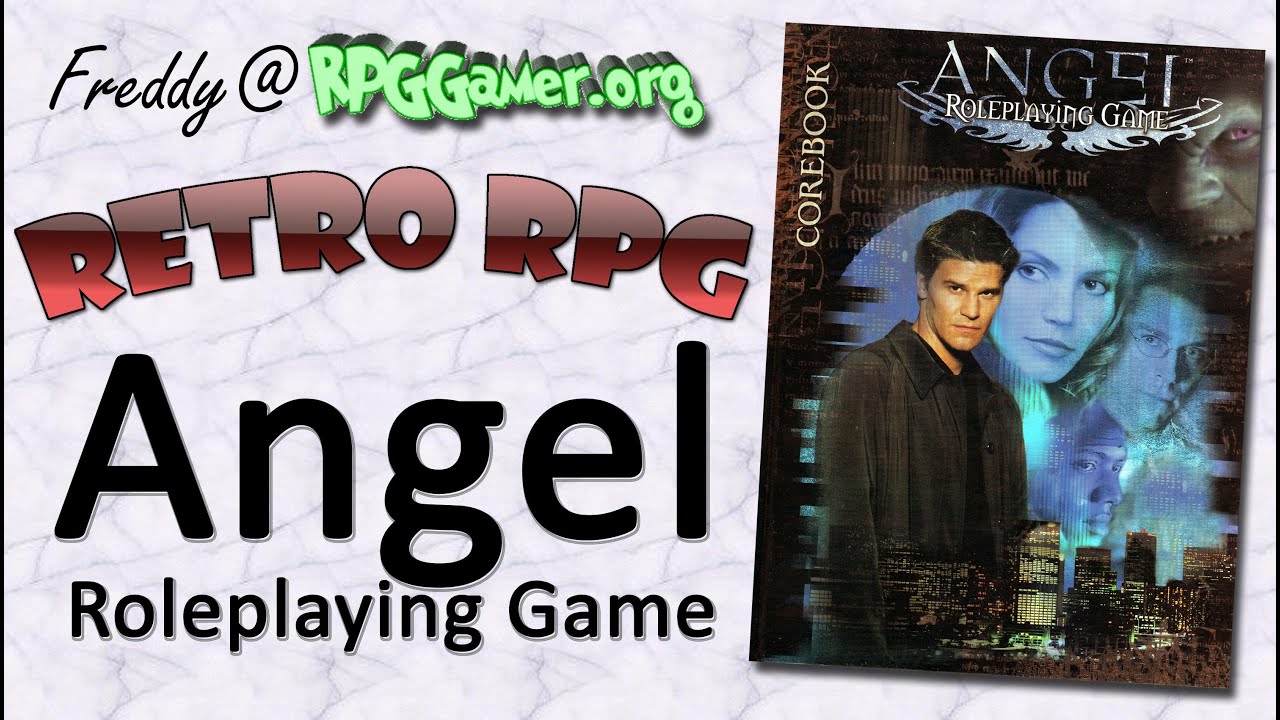 Description: The Angel Roleplaying Game is a role-playing game published by Eden Studios, Inc. in 2003.
Though it is presented as a distinct line, the Angel Role-playing Game serves as a wholly compatible companion to the Buffy the Vampire Slayer roleplaying game. The ruleset is virtually identical, but the game offers an extensive point-based system which allows players and Directors to create their own supernatural package Qualities, thus producing characters ranging from psychics to demons. The book is also noteworthy for its introduction of organizational rules, allowing players and Directors to easily and quickly define the resources, influence and obligation associated with any given group – including, potentially, the player characters themselves.

Given the differences in both characters and setting, the Angel RPG describes that series’ main cast and adversaries through the end of Season 3. Los Angeles is also presented, with the expected focus upon the fictional aspects of L.A. introduced on the show. Finally, the book includes the pregenerated adventure “Blood Brothers,” which offers a plotline and general tone reminiscent of Angel’s somewhat darker style. This is only the first part of a larger adventure, concluded in the Director’s Screen.

ABOUT US
Newspaper is your news, entertainment, music & fashion website. We provide you with the latest news and videos straight from the entertainment industry.
Contact us: contact@yoursite.com
FOLLOW US
© Newspaper WordPress Theme by TagDiv